Published on May 1, 2014 in the Singapore American Newspaper: 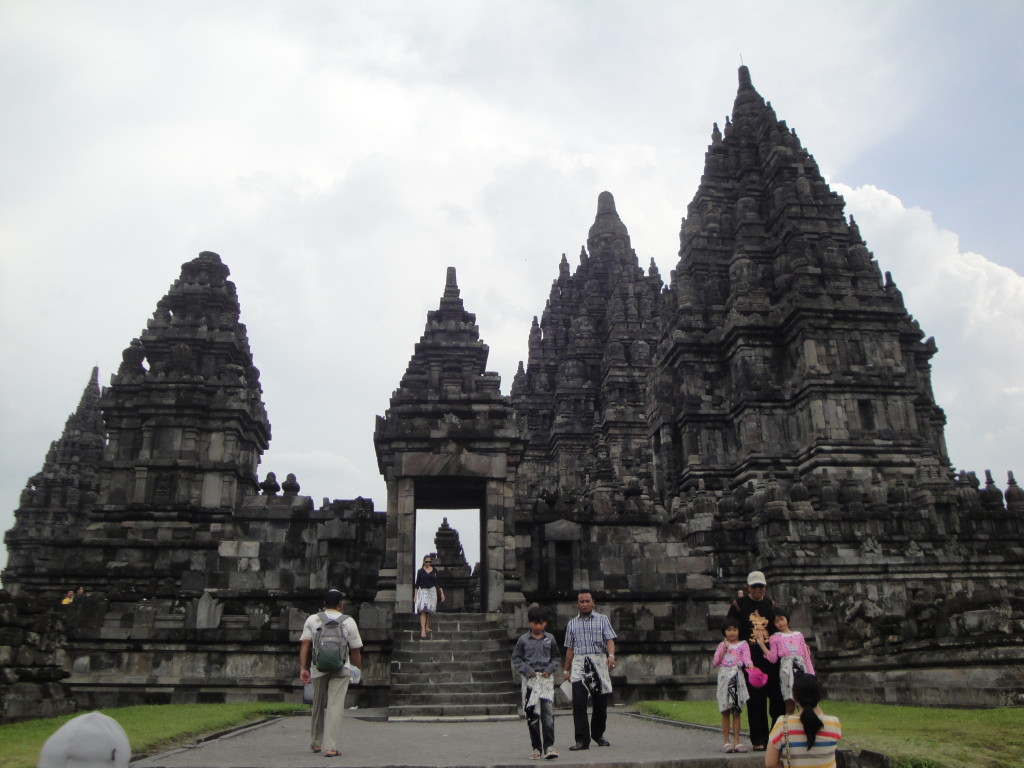 When I was first invited to spend the weekend in Yogyakarta, I admit I had to Google where it was. Located in the southern part of Central Java in Indonesia, the district of Yogyakarta is famous for its proximity to two breathtaking UNESCO World Heritage Sites: the Buddhist temple of Borobudur and the Hindu temple compound of Prambanan. Regardless of my ignorance, Yogyakarta (occasionally spelled Jogjakarta) has become Indonesia’s second most popular tourist destination after Bali and it is widely regarded to be the center of Javanese culture. Best of all, it is small enough to make it an excellent weekend destination from Singapore.

A purple storm brewed in the sky as we made our way through the bustle of Yogyakarta’s small airport and the March rain came down hard during the hour-long drive to the Manohara Hotel. The hotel cuddles up to the Borobudur Temple compound and it is the only guesthouse within walking distance from the immense 9th-century Mahayana Buddhist structure. Not long after our arrival, we borrowed umbrellas from the front desk and set off into the wet afternoon. We scaled Borobudur’s six square levels and the top three circular platforms, simulating the path that Buddhist monks follow on pilgrimages to the temple site. The rain darkened the stone statues of headless Buddhas that guarded each tier and the entire temple had a hushed, peaceful atmosphere about it. Borobudur’s Javanese architecture perfectly accords with the conception of the Universe in Buddhist cosmology: the dense stone base of represents the sphere of desire; five square terraces represent the sphere of form; and the sphere of formlessness is represented by the three circular platforms as well as the large stupa topping the structure. The ascending stairways and paths are lined by over 2,000 carved stone panels in the walls which depict these three realms in detailed relief.

We woke bleary-eyed before dawn and were led through the dark by a hotel staff member, who gifted us all with flashlights. After gingerly climbing to the temple’s summit, we perched on the ledge of the top tier to await the sun amidst the Buddha statues encased in their perforated stone stupas. The countryside was quiet and the full moon shone like a spotlight over our heads. Pale blue mists swirled around the surrounding mountains and then glowed gold as the first rays of sunlight struck them. Birds sang overhead in the fresh morning air, which was warming up quickly.

After breakfast, we relocated to the Phoenix Hotel, an elegant historic building from 1918 in Yogyakarta City, and spent the day leisurely weaving through the throngs of horse carts, cycle rickshaws, motorcycles, mopeds, cars, trucks and pedestrians. On the crowded streets of the popular Malioboro district, petite stores sold everything from cellphones to traditional Javanese clothing. Men caught naps in the shaded seats of their trishaws. By the park, women crouched over fiery barbecues grilling delicious-smelling satay skewers. Yogyakarta is a prosperous town that is growing—like a great many towns in Indonesia—but it is growing at a rate of its own choosing. Foreign investment is present but it doesn’t overpower the local culture, giving the city a distinct personality that is an inimitable blend of heritage and modernity.

Yogyakarta retains strong communities that are focused on carrying on traditions in silver work, the creation of batik fabric, and gamelan music. But the most alluring of these artistries are the performances of wayang kulit or shadow puppets, which are fastidiously crafted masterpieces of leather, buffalo horn and bamboo. The ethereal movements of the shadowy figures draw you into their world and you find yourself transfixed on the story they tell. There are a number of puppet shows that take place on various days in Yogyakarta; the best way to find one is to ask a local (or the front desk at your hotel) where the best show near you is.

There were two more stops on our list before dinner: the kraton and the bird market around the Taman Sari castle complex. ‘Bird Market’ turned out to be a misnomer; while there were cages upon cages of roosters and parakeets and budgies, you could also buy squirrels, puppies, bats, pythons, hedgehogs, iguanas, civets, and the list just kept going. While the market provides a fascinating insight into the lives of the local people, it’s not for the squeamish. Live ants and maggots are kept on hand as birdfeed, and plenty of the cuddly animals are purchased to be eaten.

The Yogyakarta Kraton complex serves as the principal residence of the sultan and hosts a number of official ceremonies, however the sultanate officially became part of the Republic of Indonesia in 1950. The compound is often hailed as the cultural heart of the region. Music and dance performances are regularly held within the palace grounds and the buildings are a majestic display of Javanese architecture. Most of the palace complex is a museum with numerous artifacts on display, including a variety of gifts presented to the sultanate from the kings of Europe and a complete gamelan set.

The Phoenix Hotel provided a good night’s sleep, breakfast and a convenient starting point for our final destination. Upon our arrival to the Prambanan Temple Compounds, the staff manning the entrance tied white and indigo batik around our waists, which drew much amusement from the groups of local schoolchildren also visiting the famous UNESCO site. The stunning shrine was built in the 9th or 10th century and consists of over 200 separate temples, which makes this compound the biggest temple complex in Java, the most expansive Hindu temple site in Indonesia, and one of the largest temple sites in Southeast Asia. Originally there were 240 temples but a number of those have unfortunately been reduced to piles of rubble on the grass. The compound is dedicated to the three great Hindu divinities—Shiva, Vishnu and Brahma—and is considered to be one of the world’s top three ancient masterpieces of Hindu architecture. The central building is devoted to Shiva and looms high at 47 metres (154 feet) tall. We spent hours exploring the otherworldly temple complex, and it was too soon that we were on our way back to the airport to catch our flight home.

Though the region of Yogyakarta is small enough to see in a weekend, the city’s warm and unique character also makes a destination worth experiencing for a second time. There are far too many streets to discover, cheerful people to meet and tasty restaurants to try to only visit Yogyakarta once.